a pile of junk 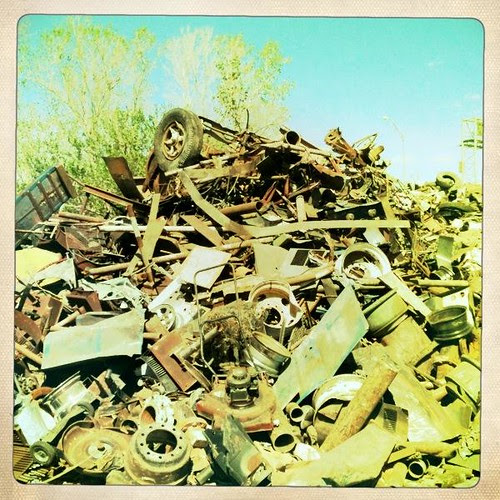 My Pummelvision from ryan bowman on Vimeo.

monday is sooner than you think 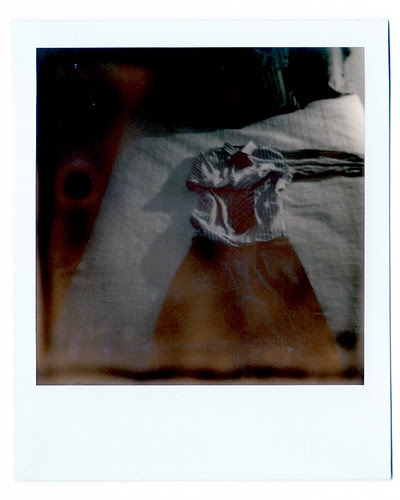 monday is sooner than you think, a photo by Bowman! on Flickr.

I have been shooting around with the new Ilford Polaroid film from www.theimpossibleproject.com

The weekend is never as long as w wished it would be. 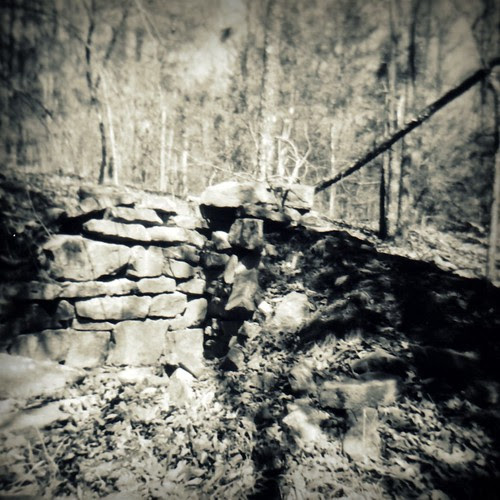 Hiking across central Arkansas in search of archaeological sites, I came across the ruins of an old historic settlement in an area called the Devil's Backbone. Much more ominous sounding than it actually was. I was able to make a couple photos while I was writing up site forms and sketching maps of the area.

Friday night at the IAO Galery in downtown Oklahoma City, the Oklahoma Art Guild (OAG) will be holding it's annual National Juried Show. Your's truly has a photograph amongst the collection. There will be free drinks, food and live music as well. If your in the city and you are free between 6-9 come on by and say hello. 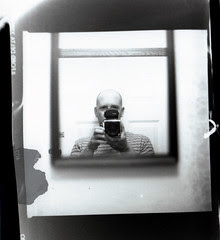 kiev self
Originally uploaded by Bowman!
The one thing I must constantly remind myself about shooting with film cameras is, that taking the photo is only part of the process. Making the photo, that is to say, actually developing in the dark-room and then once again to create a paper print, can be pain-staking. Last night I spent three hours on what ultimately amounted to two prints. Bad chemicals and dumb mistakes - mostly over-exposed film took their toll on my psyche and motivation.
But like most things, after a bit of time to contemplate, you realize that the mistakes and the hiccups along the way help things later down the road - like signposts for bumps in the road.
So basically what you are looking at over here is a test shot, or I guess a speed bump. It is the first shot taken, developed and printed using my new Kiev 88. New to me anyway. It is a medium-format (120) film camera make in the USSR sometime in the 1950-60's. Here is a link to the Camerapedia page for the Kiev 88.
Posted by R. Doyle Bowman at Tuesday, October 12, 2010 No comments: 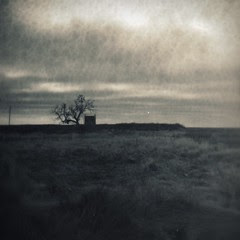 Of the Plains
Originally uploaded by Bowman!
It has indeed been sometime since I was at work in the darkroom or blog and it feels mighty refreshing to be getting things done. I have recently posted a new batch of photographs made across Kansas, Oklahoma and Louisiana.

Save 10 - The Lightbox Collection

Hot off the press! This work is a compilation of the Delete Me Uncensored (DMU) Flickr group. Props to Ivan for his hard work putting this thing together. Check it out! You know if you buy one photo book this year - make it this!
Posted by R. Doyle Bowman at Wednesday, January 06, 2010 No comments: 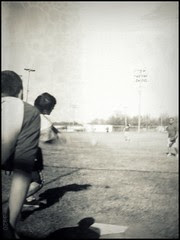 the hit
Originally uploaded by Bowman!
Saturday the TKE alumni squared of against the undergraduates of UCO and OSU. As usual we alumni dominated the game. I took the Kodak Brownie out behind the plate to capture some of the game. I am pleased with how they turned out.
Posted by R. Doyle Bowman at Sunday, November 08, 2009 No comments:

Zombies!
Originally uploaded by R. Doyle Bowman
Last weekend was the annual Ghouls Gone Wild Parade in Oklahoma City. If your thinking, "Oklahoma City... really?". Yes. Really. This is the third year and I think this thing is on the brink out getting massive. The gents from the Flaming Lips are behind the scenes so to speak. The event is packed with macabre parade floats, hordes of zombies and the now legendary march of 1000 skeletons.

I hiked over to the midtown traffic circle to join the throngs of people. With a bit of luck I was able to duck past the gate guards and post up with the guys shooting for the news channels. I was able to hang out in the middle of the route most of the night. How often to you get to shoot tons of people marching like something out of a George Romero film? If you live in Oklahoma CIty, it would seem at least once a year.

Happy Halloween everybody!
Posted by R. Doyle Bowman at Wednesday, October 28, 2009 No comments: 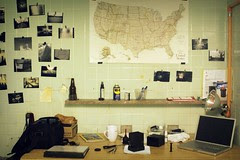 Lab 7 - The #1000 Image on Flickr!
Originally uploaded by R. Doyle Bowman
1000 Uploads. Although, When I look through my stream, I think a few hundred didn't really need to be uploaded in the first place. Rather fortuitous circumstance that I happened to find a new camera today!

I came across a 1916 Kodak Brownie Model No.1 - I am still checking it all out. This is the first model of consumer camera ever made for the public at large. It introduced the snapshot to the world.

I shot a roll through the camera and with some adjustments I think it will be really fun to shoot with. I am so pleased to be able to shoot, develop and process film with a camera that is 93 years old and still functions like it did right out of the box.

Here is some more information about Kodak Brownie Cameras